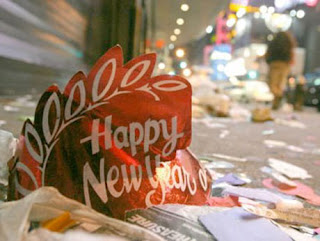 As this year ends it's time to look back and see the good and the bad.
Best Album of the Year
Kanye West- My Beautiful Dark Twisted Fantasy
Well Kanye sure showed us. Not only was he the laughing stock of pop culture for most of the year, his tweets throughout only furthered his descent into the butt of every joke. Then he released Fantasy and everything changed. All at once the world remembered why we kept Kanye around, he makes some of the best music in the rap community. Fantasy took the next step, combing amazing piano solos, great strings and some kick ass beats of course to make one of the most diverse and appealing albums of the year. Sure Kanye may be crazy, but he's just the right kind.
Best New Band of the Year
Earth Program- Invade!
Earth Program's first album Invade was almost my album of the year. It's so well done and so well thought out it seems like it was made by a much older band who has been experimenting for years. It's great to know that there's good smart odd rockers still out there ready to take over the mantle bands like Oingo Boingo or the Talking Heads dropped back in the 80s. Earth Program is not only a shining light for Chicago music, but music in general.
Most Disappointing Album
Weezer- Hurley
Oh Weezer, what happened to you. It seems like the once saviors of alt rock have abandoned the church of the geeky to party with frat boys. Repetitive guitar solos and even worse lyrics make this the final nail in Weezer's coffin.
Best Album Coming Out Next Year
Pogo- Remix The World
Amazing remixer Pogo, best know for his Disney remixes is about to release his first legal to sell album. Not just okay with the normal beats and boops most techno artists use he has decided to travel to some distant country, record sounds from there, and then remix them into music. It's all based off his amazing Gardyn song. I wait with baited breath for what may be the most innovative album of 2011.
Posted by Ian M. at 10:56 PM