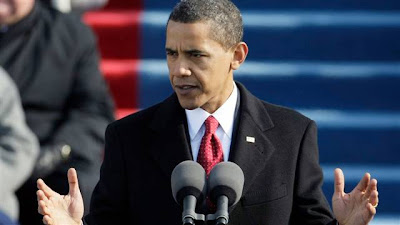 Fly your freak flag. Put on your boogie shoes! It is a very happy day.

Beneath the Covers of New Music 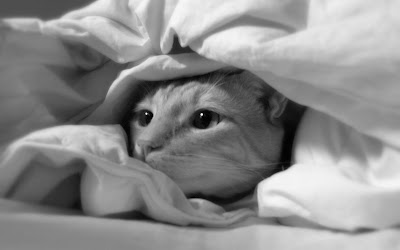 In the marketplace of shared music on the millions of music blogs, cover songs are the fastest growing franchise. Former denizens of grainy bootlegs and B-sides, the number of cover songs has exponentially grown in a fracturing music industry.
With a little more time than to record the track, any artist or wannabee can digitally send that cover around the globe. If the artist is big enough, the release becomes an EVENT. If you don't even have that time, just play it live and leave the distribution and buzz-generating efforts to others. Or be a fortunate by-stander when someone (good, hopefully) remixes your song.
Look at the most popular searches at Hype Machine, covers and remixes consistently cast a large shadow over the list. However, that should not be surprising. Technology is catching up with something primitive. The nature of the cover song is to go back to the basics of performance. That's playing in an empty bar with three sets to do with a handful of original songs, and two of those are sketchy.
Right now, there is a torrent of cover songs in the ether from artist-driven albums and EPs to marketing releases and leaks to radio show performances to an evening playing a guitar to your computer. In a net quickly filling with chaff, here are three examples of the good stuff.
Cape Cod Kwassa Kwassa (Vampire Weekend) by Peter Gabriel & Hot Chip
The "leak" of the cover of the Vampire Weekend hipster tune by Peter Gabriel and electropop group Hot Chip is fun and delicious. Gabriel's take on "singing his own name" is worth the listen itself.
All I Need (Marvin Gaye) by My Morning Jacket (Live at MSG 12/31/08)
My Morning Jacket ended a year of ravingly good shows and a successful album with a rousing New Year's Eve show at New York's Madison Square Garden. Frontman Jim James' duet with Nicole Atkins on this Marvin Gaye classic exemplifies the quality of the concert. The whole show is classic.
Crazy In Love (Beyonce) by The Magic Numbers
In what sounds like a recording of a radio performance, the English sibling duo quarter The Magic Numbers turn out a very enjoyable version of this Beyonce classic.
Posted by marty at 1:26 PM No comments:

Music Business Is Eating Its Tail and I Feel Fine 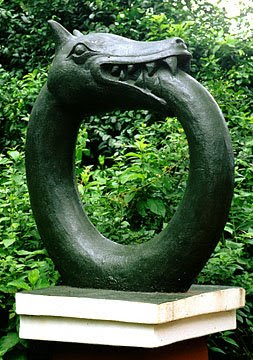 It was a moment of digital revelation.
While listening to a podcast of a NPR radio program through my iPod connected to my car stereo, the Clash's "London Calling" was played. I had to turn off my iPod to ensure that my cell phone wasn't playing its own "London Calling" ringtone.
This circular auditory confusion must make the music business feel like the snake eating its tail. And they're right. However, this is just the noisy debris of a rapidly-expanding music industry.
We are at the precipice of a very noisy revolution. With declining CD sales continuing to swamp rising digital sales, record companies and artist have globbing their music to any medium that will stick. Music within video games, ringtones, commercial jingles and web ads are quickly reaching the upper levels of cacophony.
Many will continue to wring their hands regarding the effects of this explosion of song outlets has on the "business" and the artistry itself. The critics often miss the point that this cacophony is the sound of freedom in a very noisy, ever expanding, financially-challenging way.
The point being lost is that we are listening to more music than ever before. This is at least anecdotally evident through the mass of earbuds hanging from our collective ears. And there is more music being made. Myspace is swamped with bands - for good or ill. The loss of the record companies' control over the distribution of music has globalized the punk ethic of doing it yourself. And bands are and we, the music fans, are the beneficiaries.
As the music business continues to noisily thrash around trying to find a workable means to continue (and they will), we will have to temporarily put up with some auditory confusion. But that is well-worth the ocean of new music now lapping at our feet.
Download: Radio, Radio by Elvis Costello (mp3) (Amazon) (iTunes)
Posted by marty at 10:44 AM No comments: