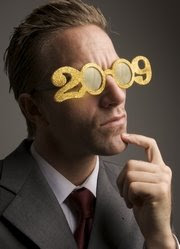 End of the year. Time to take stock and to stock up on prescriptions before the old health insurance, or what's left of it, rolls over.
As such, each member of After Hours' fortified stable of writers and music lovers has been tasked with coming up with three favorite albums from the past year. Not necessarily the best - just the works of art that turned our earbuds into conduits to something better. Here are their reports.
Duncan Strauss
My dirty little secret (well, it's not actually dirty, and it's about to be not secret, but it is little) is that I don't like making Best Of album lists. Never have, even a zillion years ago, when I made my living as a music critic.
It most assuredly would be boring and pretentious to explain why I have philosophical difficulty drafting Top Ten lists--but it seems 70% less difficult to comply with the request from After Hours impresario Marty to submit three favorite albums of the year.
Especially once I decided that I'd zero in on albums that not only were faves, but also meant something to me personally in a direct, powerful way that transcended the collection itself. So while I nod in agreement with lists that cite Animal Collective, Grizzly Bear, Dirty Projectors, Monsters Of Folk, Neko Case, the Avett Brothers and others, here's my Three: 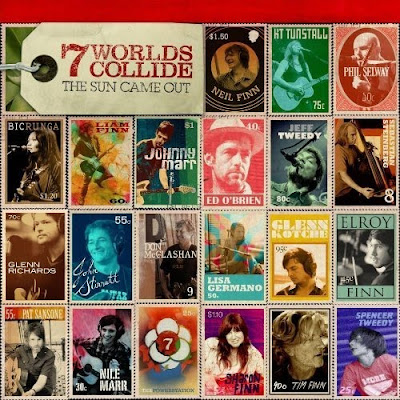 7 Worlds Collide - The Sun Came Out. This two-disc set fairly bursts with the joys of music making, the buzz of collaborating--of course, I'd be pretty buzzed, too, if I were collaborating with the likes of Neil Finn, Radiohead's Phil Selway & Ed O'Brien, Johnny Marr, most of Wilco, Lisa Germano and others--and the thrill of artists discovering or developing new gifts, like the surprising emergence of drummer Selway as an outstanding singer-songwriter. Plus, I did a radio interview about The Sun Came Out with Neil Finn, the project's visionary and artistic guiding light, and a musical hero of mine for 30 years.
“Too Blue” by 7 Worlds Collide (mp3)(iTunes)(Amazon) EELS - Hombre Lobo. When everyone in 2009 seemed in the throes of vampire madness, EELS singer-songwriter E gave voice here to a werewolf by way of concocting a suite of songs about desire, mostly of the romantic variety, written from an array of perspectives--and placed in a characteristicly broad range of musical settings, E's vocals traveling from a whisper ("In My Dreams," one of my fave songs of the year) to a scream ("Tremendous Dynamite"). There's a cadre of folks who feel E is a profoundly talented rock auteur--folks with names like Townshend and Waits, as well as schlubs like me. (And prolific: "End Times"--the follow-up to "Hombre," released in June--arrives Jan. 19!) So it was extra thrilling to interview him on the radio, in a discussion framed around animal ideas on "Talking Animals."
“In My Dreams” by EELS (mp3)(iTunes)(Amazon) 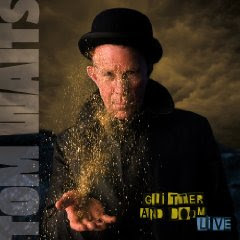 Tom Waits - Glitter And Doom Live. Speaking of Waits, he recently released the third live set of his career, and while live albums rarely make year-end Top Ten--or Top Three--lists, Glitter And Doom Live is in its own category. I mean, for one thing, it's Tom Freakin' Waits! For another, the double set represents an inspired trip through Waits' latter-day catalog, rendered by his crack squad of musical magicians (and one disc collects the shaggy dog stories, warped commentary and improbable "facts" he unspools while alone at the piano). And, no, I did not interview Waits on the radio (see above: it's Tom Freakin' Waits!) but I did attend one of these shows--in Jacksonville, FL--and the boozy, unruly audience notwithstanding, it was an enchanting, exhilarating evening.
“Get Behind The Mule” by Tom Waits (mp3)(iTunes)(Amazon)
Ian Minor 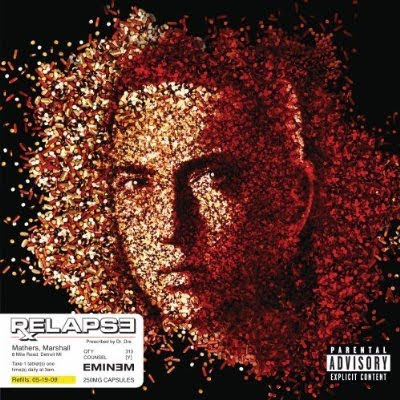 Eminem - Relapse. Eminem disappeared from the music world for four years and with good reason. He was in rehab getting off sleeping medication. Really, I’m just glad one of the rap kings is back in the studio. He is a little shaky, falling back on the tried and true of Slim Shady, but he does do some great stuff on this album. Most notably “Beautiful,” a great thoughtful song. Relapse may not be his best, but it’s a sure sign he’s back, and that’s good news.
“Beautiful” by Eminem (mp3)(iTunes)(Amazon) 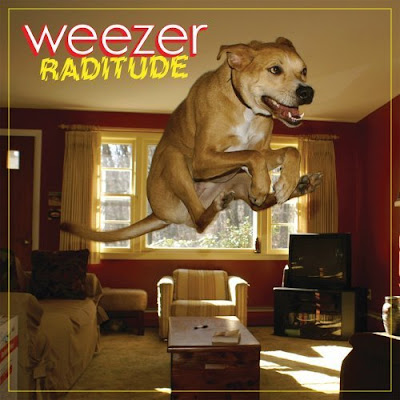 Weezer - Raditude. After Weezer disappointed me with the Red Album, they shocked me with their best album since The Green Album. Raditude lives up to the name, feeling like the soundtrack of a particularly quirky date movie. Weezer fans may still be disappointed, wanting the days of Pinkerton back, but I’m perfectly happy with a nice happy album.
“Tripping Down the Freeway” by Weezer (mp3)(iTunes)(Amazon) 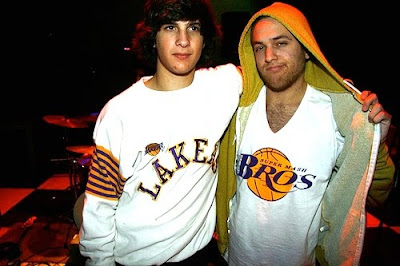 Super Mash Bros.- All About The Scrillions. Last year, Girl Talk was in a bunch top tens and spawned countless imitators. One of those imitators was the Super Mash Bros. who are, arguably, better DJs than Girl Talk. They have the magic ability to make any combination gold. You’ll hear classics like “Axel F” combined with new songs like “Hustlin.” Even if you hate the songs themselves, they have the ability to make songs I hated great, like “I Kissed A Girl.” The whole album is great and a friendly price of free.
“Still Bleeding” by Super Mash Brothers (mp3)(lazerwolf) 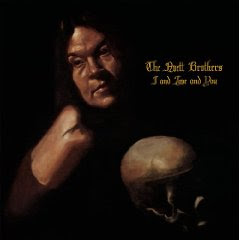 marty
The Avett Brothers - I And Love And You. From its bluegrass heart, a piano pop outfit has emerged. Guided by uberproducer Rick Rubin, The Avett Brothers unleashed an extremely sad pop album stuffed full of hooks. Beneath its sweet veneer, the album dwells in the loneliest corner of your heart. I play it constantly and never tire. My favorite of the year by far.
“Head Full Of Doubt/Road Full Of Promise” by The Avett Brothers (mp3)(iTunes)(Amazon) 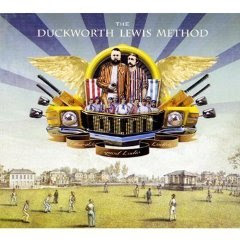 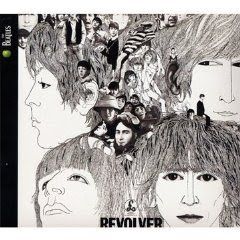 The Beatles - Revolver (Remastered). Not necessarily a fair pick as it was released some 43 year ago. However, Revolver's remastering this year - and the remastering of the entire catalogue - was long overdue. The results were stunning. This grand reintroduction shows how much of today's music is still following the four lads from Liverpool.
“Taxman” by The Beatles (mp3)(Amazon)
Posted by marty at 8:30 PM 1 comment: 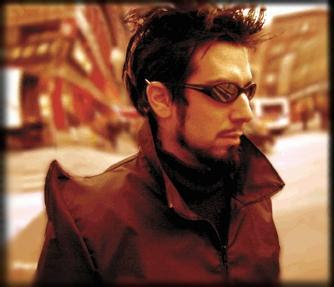 By Ian Minor
Lets not beat around the bush, no one can listen to every album, but fear not.
I’m here to offer you three albums not many people have heard of.
Voltaire - To The Bottom Of The Sea
Voltaire is best described as a gothic classical musician. He plays the violin, accordion and acoustic guitar. His most recent album was a concept album of a collection of sea songs and shanties. He hits several songs out of the park, most notably “Accordion Player,” the tale of a musician who refuses to go to war. Also the title song, which is about the sad, slow sinking of a ship. As Marty described it, “it’s quirky as hell.”
“Accordion Player” by Voltaire (mp3)(iTunes)(Amazon) 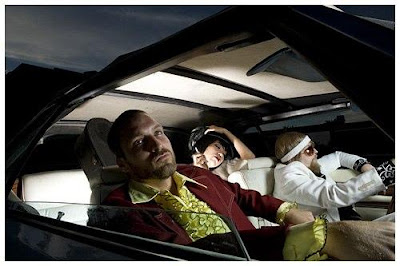 That Handsome Devil - A City Dressed In Dynamite
Combining rockabilly and blues, That Handsome Devil knows how to make some great songs to bob your head to by using a wide array of instruments and old movie clips. Godforbid’s voice is excellent (yes that is his name) and the bass lines are impressive. The highlights are “Rob The Prez-O-Dent”, which is their biggest hit after getting on Rock Band 2, and “Squares” a fast-paced lounge song.
“Rob the Prez-O-Dent” by That Handsome Devil (mp3)(iTunes)(Amazon) 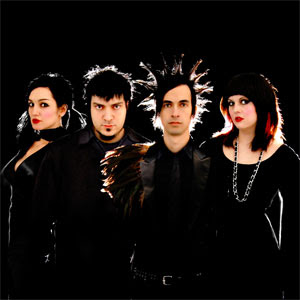 Mindless Self Indulgence - If
A punk/goth band, because no one in this myspace generation can be just one genre, that hits fast and hard. To me, they are one of the last bands that still subscribes to the old punk gospel of destruction and anarchy. This album is rude, disturbing and rocking and it’s frontman is nicknamed Jimmy Urine. You can tell they care about nothing else except having a good time. The highlights are “Never Wanted To Dance” a surprisingly good dance song, and “Get It Up” a song which is about exactly what you think it is.
“Get It Up” by Mindless Self Indulgence (mp3)(iTunes)(Amazon)
Posted by marty at 10:48 AM No comments: