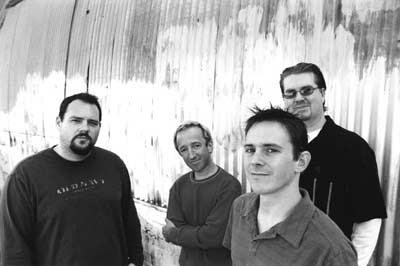 Two mainstream, feel-good bands, Toad the Wet Sprocket and Earth, Wind & Fire, are the latest to announce their appearance in the upcoming SunFest in West Palm Beach.

I have always had a soft spot for the laid-back pop harmonies of Toad. The late 80s/early 90s radio stalwarts will take up the 2:30 p.m. slot on SunFest Saturday, April 30th, where beach chairs will be de rigueur.

Venerable Earth, Wind and Fire are Rock and Roll Hall of Famers and you need to check them off your all-time list.  They will also be performing SunFest Saturday.

It is expected that SunFest will release a partial lineup soon.  It appears the festival is waiting to see how the rest of the festival lineups shake out before making any announcements.


“Walk On The Ocean” by Toad the Wet Sprocket (mp3)(iTunes)(Amazon)
Posted by marty at 4:36 PM No comments: 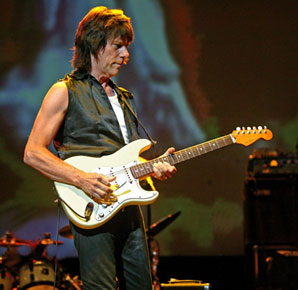 Although West Palm's SunFest has been mum on its 2011 musical lineup, the acts are starting to make their own announcements for the five-day waterfront festival.
UK Rock God Jeff Beck will be helping close out SunFest by performing Sunday, May 1.  The time and the stage of Beck's guitar pyrotechnics have yet to be set.
With less than 9 weeks before the 29th annual music and art festival, SunFest has yet to release any names. The rumored Avett Brothers's appearance during the festival's opening night on April 27th has not been confirmed but the date remains open on the brothers' website.  Still have a good feeling about that one.

As the North Carolina-based duo begins its five-date Florida tour, Paleface, the duo and its namesake guitarist, continues its push from the perimeter of the music scene to a spotlight.
Probably best known for his associations - such as learning songwriting from Daniel Johnston, influencing Beck and Kimya Dawson, helping create the anti-folk scene and writing for the Avett Brothers -  the high-energy Paleface with drummer/partner Monica "Mo" Samalot is drawing well-deserved attention with their latest album, One Big Party. The album is joyous neo-folk being drawn through a classic rock filter.  The catchy-as-hell shuffle, "Rock N Roll' (featured below) will leave you blithely humming for days.
Before heading to Florida, Paleface gave After Hours a few moments to discuss music, touring and the popularity of duos:

AFTER HOURS: You have been most closely associated with the “anti-folk” label, what does that term mean to you?  How would you classify your music?
PALEFACE: Anti-folk was a term jokingly used by folk musicians in New York who were into punk and couldn't get gigs at the established folk clubs in the city who just wanted Baez and Seeger re-runs. Because it was the new folk music, it ended up taking over and those old clubs that didn't adapt closed. I see that music everywhere - its really just folk music that knows the past but wants to do something itself that's new. M


y music is just my art so I don't really need to classify it in general. If people can feel something or be moved by it then I'm happy.
How your approach to music or the music business changes with the digitalization of music?  Has touring become more important during this time when the music business is in such upheaval?

Touring is the most important thing. It's the only way to earn a living doing music at the moment. Some are lucky enough to get money from advertisers which can really help supplement.  20 years ago that would have been unthinkable - the kiss of death for any band or "serious" artist. Now it's commonplace.
It's weird when something you grew up with disappears in front of your eyes.The rock star dream is still out there but its pretty limited to the american idol wanna-be types now. Probably not anymore Kurt Cobains to be heard from. And not too many people underneath that make a great living either. It's kinda all or nothing these days - like the rest of the country - fewer and fewer people are getting the pot of gold. But things could change when you least expect them to so- Who Knows!?!

Your new album is more upbeat, having more of a classic rock foundation with pop overtones, than your previous work.  What brought about this direction

I thought of the last 3 records as kind of a trilogy. A Different Story was kinda of like an indie-americana album and The Show Is On The Road  was like a DIY folk record....One Big Party just kinda happened that way - an american classic rock goodbye if you will - i tried to picture the songs going out over a large audience and how they would sound to the person in the parking lot. Would they be able to recognize the song from there? Would it travel that far? I think that's one of the reasons classic rock has lasted so long - it traveled through the air well.
With your second album as a duo, do you have an explanation on the current popularity of man/woman duets  such as She & Him, Jenny and Johnny, Mates of State, etc.?

You have been on tour since October in support of One Big Party, do you travel well together?

We are both thankful to be doing what we are doing. It gets hard sometimes with the long drives but it comes with the territory - its accepted and expected that its not all going to be roses and parade rides.
Thank you for coming to Florida.  At times, we feel like we are off the beaten path with regards to seeing quality bands live. What can people expect when they come out to see you in Florida?

Email ThisBlogThis!Share to TwitterShare to FacebookShare to Pinterest
Labels: Paleface 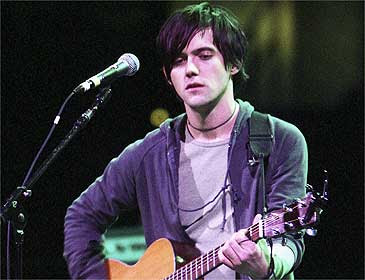 In one of the more anticipated concerts at After Hours HQ, Bright Eyes returns to Miami this spring in what may be Conor Oberst's last turn with the ocular moniker.  The prolific songwriter has indicated that this may be the last going around for this musical formation.

Bright Eyes and Oberst have been a favorite since I saw the band in 2003 in a theater in Little Havana, Miami. The show was a revelation.  Oberst sang his clever and heart-breaking lyrics with his trademark lament.  Also, the boy could rock.  Simply, a great show.

Looking forward to seeing the boys again 8 years later and possibly for the last time. Although Conor will continue recording with his own name and with other groupings of musicians, it will be nice to see Oberst's original sobriquet one more time.  Bright Eyes is touring to support their album, "The People's Key" which is a return to Oberst's original weird folk-punk sound.  The album is currently streaming on NPR.

The concert schedule for the first half of 2011 is looking better than many recent months in SoFla.  We are seeing some After Hours favs, such Sharon Jones and the Dap-Kings, play larger venues as their careers move forward.  Others are happy there is a casino nearby.

Whatever your preference, go see a show.  It is definitely worth it.